Combating Ageism by Changing Our Language 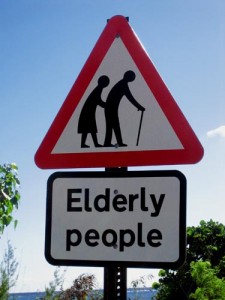 I am an advocate for turning the notion that getting older is not such a great thing to getting older is something to look forward to.  I found this older article from the UK, "Elderly no longer acceptable word for older people", that describes the language that is used in the media is sometimes ageist and harmful.  They are saying that the word "elderly" should not be used.  Instead, using the term, "older adult" or "man" or "woman" with their age after, is more acceptable.  I would full-heartedly have to agree.

A 60-year-old is by no means elderly, as suggested by one of the people who was 65, who commented on the article.

The World English Dictionary defines "elderly" as an adjective - quite old; past middle age.

The real question is how does our society define "old".  Both of the above definitions refer to old, and elderly being quite or rather old.  When asked, each person will have a different opinion about what "old" means.  Some people think it's a number, other's think it's a state of mind.

I am often watching the media for signs of ageism (discriminating or prejudging people based on their age).  Our language has to change, so that we can start looking at aging in a positive light, verses a negative one.   Stereotyping people based on age, on the number of years they have been on this earth, is not fair and can cause negative impact on their lives.  Let's work on combating ageism in our communities.

Have a great day,
Angela Gentile

Email ThisBlogThis!Share to TwitterShare to FacebookShare to Pinterest
Labels: ageism